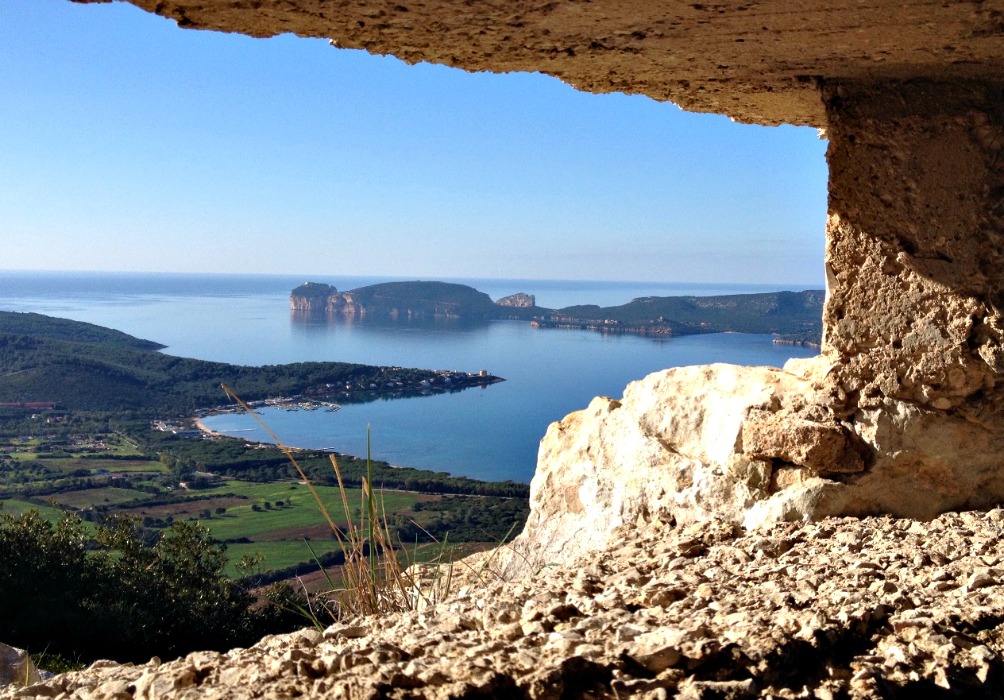 Actinia Accomodation
[:it]Eventi e consigli di viaggio[:en]Excursions and Itineraries[:es]Excursiones e Itinerarios[:de]Ausflüge und Routen[:]
No Comments
EXCURSION MONTE DOGLIA -MONTE MURONE IN ALGHERO
FROM 15 JANUARY TO 31 JANUARY
Alghero and its territory can have tourism in winter season as well.
That’s why two local touristic guides, Stefano Trova and Mario Paddeu, are suggesting two weeks of guided visits at the defensive military fortification on the slope of Monte Murone and Monte Doglia.
These sites date back to the Second World War and were built in 1943 by Italian Army to fight against hypothetical Allied Forces’ raids.
The aim of the guided visits is to promote and emphasize the value of this recent historical heritage, in order to raise more attention on an area which has great but unexpressed touristic potentialities.

At the beginning the visitor will see two circular structures (during the war provided with an howitzer cannon) linked by an underground tunnel and the old barracks; then we’ll go up on Monte Murone, and from its observatory we’ll have an astonishing view over the bay, the city of Alghero and the white cliffs of Capo Caccia.

EXCURSION 11th DECEMBER 2016
Are you interested in history, nature, ancient culture and traditions and enogastronomy?

Stefano Trova and its Finding Sardinia, certified Sardinian touristic guide, invites you a fascinating day-off in the territory of Fonni, the highest town of Sardinia, on Sunday 11th December.

The day will start at 7.30 a.m. departing from Alghero by your own car (possibility of picking up participants in Muros or other places to be decided);

From 10 am to 13 am we’ll visit two archaelogical sites in Fonni, the Madau’s giants’ tombs (megalithic graves dating back to XIV-XV century BC), and the nuragic sanctuary and aqueduct of Gremanu, hidden in a charming wood of downy oaks.

This one is the only example of that culture and architecture ever discovered in the whole island.

At the end of this trip, we’ll move to Fonni (just 10 km far) and visit the characteristic town, with its granitic houses and its gorgeous “murales” (big paintings depicted on the walls, expecially in squares or crossroads).

We’ll have also the chance for having lunch at the typical Barbagia’s kermesse “Autunno in Barbagia“, Sardinian most important exposure of ancient traditions, wine, food, typical products, craftsmanship, arts and crafts.

Tips for the day:

Difficulty level: low (touristic route). Price for each: 15 euros. Enough water, wear clothes and shoes according to weather and ground, fuel costs to be shared between the participants. Bookings before Saturday 10th December.

On Sunday 20th November
Program: departure from Alghero at 7.30 a.m. by your own car (possibility of picking up other participants in Sassari, Muros or Mores);
at 9.30 a.m. visit at Sos Furrighesos’ domus de janas (hypogeical graves) and its marvellous Tomba del Re (King’s Tomb);
at 11 a.m. on the road again to Anela forest, in which we’ll walk on a roundtrip route and find out some hidden fascinating sites in the wood;
at 3 p.m we’ll end up the day-off visiting the characteristic castle in the town of Burgos, and then we’ll go back home.
Tips and infos for the day: low difficulty (touristic route)enough water, packed lunch, wear clothes and shoes in accordance with the weather and the ground, fuel costs to be shared between the participants.
Price for each: 15 euros (castle’s entrance fee not included).
For further infos, text or call 3462458635 (Stefano)
Algherobed and breakfastEscursioninaturasardegna

Actinia Accommodation is an apartment located right in the centre of Alghero. In addition to accommodation, we can offer you a breakfast service, making us the perfect solution those looking to spend a summer holiday or a business holiday. Alghero is a beautiful coastline town surrounded by relaxing beaches and beautiful natural countryside on the North West coast of the Island of Sardinia.